Let me tell you a story so you can understand why people coming since 2010 at the Parc des Princes are not football fans but only customers and have no idea of what is a real football fan. Well, no idea about what is football globally.

From the start of the eighties till 2010, existed what we called Tribune Boulogne (on your right when you enter the field). For years, this grandstand was the heart of the Parc des Princes and they were the first official Kop of PSG. But for too much time, PSG's direction let 100 to 500 racists, xenophobic (pseudo) fans in this stand. In opposition to right-winged tribune Boulogne, PSG's direction helped in 1991 to animate a new stand, the tribune Auteuil. If Boulogne was mostly white and right-winged, Auteuil was multicultural and more left-winged.  Both stands were part of the fantastic animation we had at the Parc des Princes for years. Fantastic tifos, great animations organized by great fans. But slowly, some kind of political and territory war started between the historical Boulogne stand and the new Auteuil. And in 2010 happened what happened, a Boulogne fan was killed by Auteuil fans just before a PSG game against Marseille. I was there that night and i can tell you Police and PSG direction didn't do anything not to let this happen. I remember the police letting Boulogne fans and Auteuil fans fight one against each other without moving an inch to interfere. Some policemen were even laughing about that.

Of course, this could not last this way. Of course, something had to be done.

So, PSG's direction decided to forbid subscriptions, fans associations and to implement random placement in Boulogne and Auteuil. To be clear, because they was a huge problem about let's say 500 fans alltogether, they decided to punish 12000 real supporters of PSG. The ones who had footballistic culture, the ones who know that you never boo your team when it's 0-0. By the same time, PSG's direction raised the subscriptions more than 300% ! Yes, dear Zlatan. No more popular classes, only bourgeois coming to see a show. During the last game of 2011, i heard a dad saying to his son "If Zlatan isn't there anymore next year, what team would you like to support ?" This is the type of crowd coming to the Parc des Princes now.

So please, don't say anything about the public at the Parc des Princes. Real fans are still prohibited to come back. The ones who are coming since 2010 are not football fans, they know not much about football, they only want to see a nice show. This is why the ambiance is so rubbish. Only because the crowd is coming to see a show, not football. No culture means no ambiance.

We need fans associations to come back to Parc des Princes now that this crowd is pacified. Otherwise, the ambiance will remain the same. Nasser knows it perfectly. Hope you'll have a word about that the next time you'll see him.

A real and historical PSG fan hoping this letter will come to you. 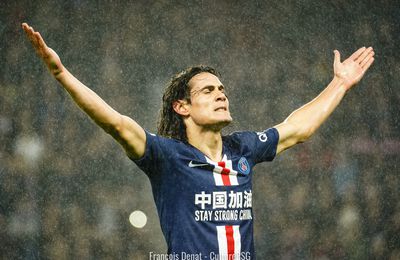 Dear P.A,
got the message.
I will talk to Nasser. But you have to understand him, sometimes the border between fans and hooligans is so tight, you can't even make the difference. And Nasser is used to Camels races, not Football.
As you know, I come from Malmö in Sweden. Go over there and you will understand that actually I am very happy in Paris and I like the mood in the stadium.
I am a little bit provocative sometimes and I like to tease, both people and the media.
It's part of my marketing plan, with which I make tons of money.
Don't be too hard with this dad asking to his son his next pick if I leave Paris. Anyway, his son will probably support the team I will be playing with.
Thanks for your feedback, I really appreciate it.
Take care. Au revoir.