One for the money... 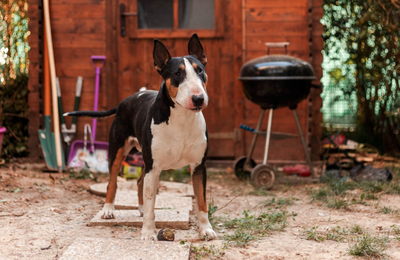 Sarah T. Roberts, the author of “Behind the Screen,” describes how the work of content moderation takes a psychological toll.

More than a hundred thousand people work as online content moderators, viewing and evaluating the most violent, disturbing, and exploitative content on social media. In a new book, “Behind the Screen,” Sarah T. Roberts, a professor of information studies at U.C.L.A., describes how this work shapes their professional and personal lives. Roberts, who conducted interviews with current and former content moderators, found that many work in Silicon Valley, but she also travelled as far as the Philippines, where some of the work has been outsourced. From her research, we learn about the emotional toll, low wages, and poor working conditions of most content moderation. Roberts never disputes that the work is crucial, but raises the question of how highly companies like Facebook and Google actually value it.

I recently spoke by phone with Roberts. During our conversation, which has been edited for length and clarity, we discussed why finding and deleting offensive content is so tricky, why the job is so psychologically taxing, and the fixes that could help these workers and make them better at their jobs.

What is it about the lives of people doing this work that you thought was important for people to understand?

I came to this topic in 2010. The nature of the work demanded total psychic engagement and commitment in a way that was disturbing, because it was a flow that they could not predict, and they were always open to anything at any time. People were flocking to these platforms, in no small part, at least in the American context, because they were being led to believe, either tacitly or overtly, in some cases, that being online in this way would allow them to express themselves. What they were being told was that you have your thought or you have your thing you want to express, you share it on the platform, and you can broadcast it to the world. YouTube’s tag line was “Broadcast yourself.”

They were being sold on this notion that you could blast your thoughts around the world in this unfettered way, and in fact it turned out that there were big buildings filled with people making really important decisions about whether or not that self-expression was appropriate. And the platforms themselves were saying nothing about it. They weren’t saying who those people were, where they were, and they weren’t really saying on what grounds they were making their decisions. There was just total opacity in every direction. I was curious about the difficult nature of the work, and then the secrecy and the lack of communication, and what that meant for the world’s orientation toward social media as a substitute for the public square.

What are the people who hold these jobs doing on an average day?

I was looking at the rank-and-file people who would be fairly new to not only this particular work of commercial content moderation but also to the tech industry. It’s typically considered an entry-level job, which meant that a lot of young people were doing it, but not exclusively. In all the cases I’ve looked at, they’ve tended to be people who are fairly well-educated, college grads. Again, these were people working at élite Silicon Valley firms. But, instead of coming into those firms as full-badge employees with a career trajectory in front of them, they were coming in through contract labor, third-party sourcing. They were coming in relatively low-wage, especially in relation to any peers that they could be working side-by-side with in such a place. And, in the case of the United States, they didn’t have health care provided to them through this arrangement; when we think about psychological issues or other health issues that come up on the job, the way that people get health care is through their employment.

The work tended to be something that you would likely not do for a long time. You would probably do it for a couple of years and either be term-limited, because of the contractual arrangements that the firms had with these third-party contractors, or you would just burn out. You would either not be able to really take it anymore, or you would become so desensitized as to not be any good at that job anymore.

This burnout, or desensitization—what is it that’s going on in their work that’s causing this?

What these people were doing was really a front-line decision-making process, where they would sit in front of the screen and jack into a queue system that would serve up to them content that someone else, someone like you or me, might have encountered on the platform and had a problem with. We found it offensive, we found it disturbing, maybe it was really, really bad, or illegal activity, or somebody being harmed. And someone like us would report that.

That material would get aggregated and triaged into queues, and the people on the other side of the queue were these moderators who would then look at it, usually just for a matter of seconds, because of the sheer volume, and then they would be called to have memorized the company’s internal policies about what that company allowed or disallowed. And then they would apply that policy to the particular piece of content, and ultimately it was really a binary decision: this should stay up or this should come down, and it should come down on these grounds, and then they’d be on to the next piece of content.

Sometimes what they would see would be totally innocuous. But the next piece could be something very shocking and abhorrent. And these people were called upon to make decisions sometimes into the thousands per day on their shift.

What did you find are the psychological costs of doing this? And, second, did you find that the company cared at all that this is happening to these workers?

To the first point, obviously, I’m not a trained psychologist. But, in their own words, a lot of the workers would claim that they didn’t have any ill effects. And I would take that at face value, and then we would continue talking and engaging, and they would say things to me, like, “You know, since I took this job, I’ve really been drinking a lot. I just come home at night, I don’t really want to talk to anyone.” Or, “I find myself avoiding social situations.”

One case that really stood out to me is one of these people who told me over and over again that he could handle it, and he had no impact personally. So then he told me about one night when he was at home, in San Francisco, with his girlfriend—they were on the couch. She scooted over to him to become intimate with him, they were making out, getting close. And suddenly he just stiff-armed her, like the football move, and shoved her away. And he said to me, “You know, I couldn’t tell her that the reason I did that is because the image of something I’d seen at work that day popped into my mind in this intimate moment and it just shut me down.” That’s a good stand-in for the sorts of things that people disclosed.

Newsletter
Recherche
Vous aimerez aussi :
One for the money...